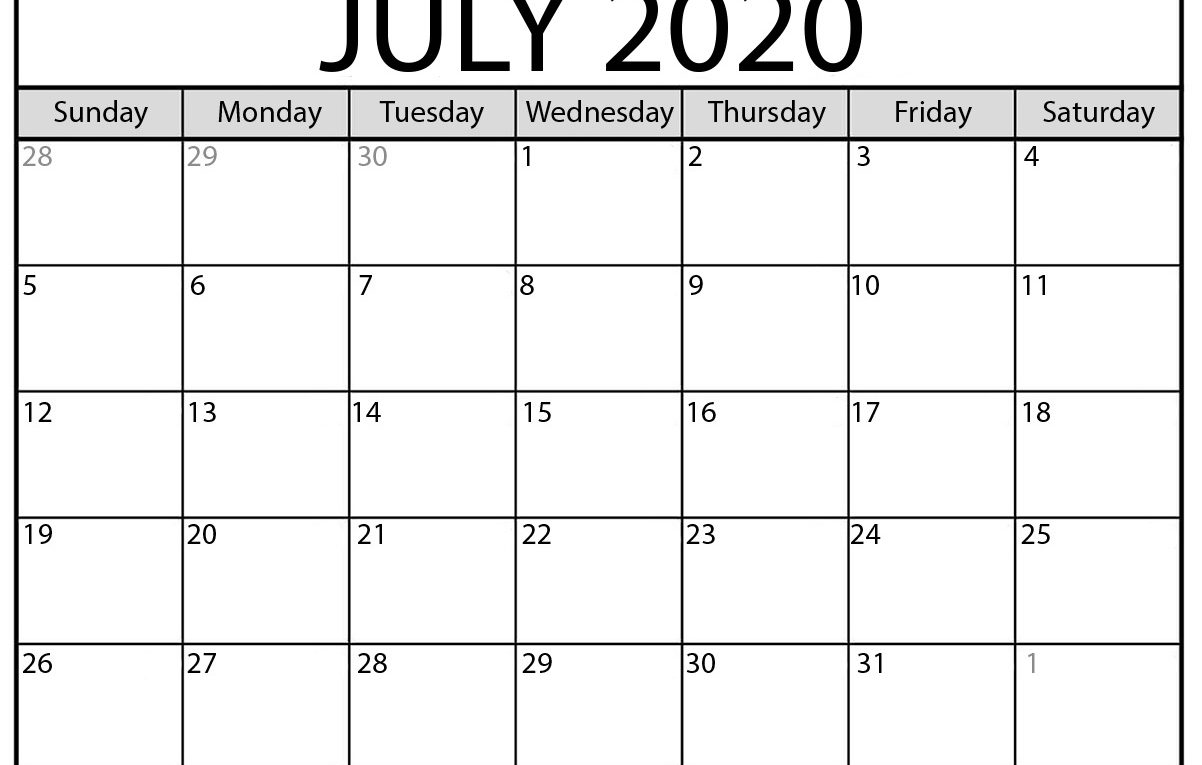 July is the second month of summer and is known for its warm weather. The best thing to do in July is to cool off by a swim in the sea or pool, swing in a hammock and take part in parties on a summer evening.

WHAT DOES JULY MEAN TO US?

July is the warmest month of the Northern Hemisphere and, on the contrary, it is considered to be the coldest month in the Southern Hemisphere. July is the seasonal equivalent of January of the Northern hemisphere in the Southern hemisphere. The second half of the year starts with July. In many workplaces, the estimates made at the beginning of the year are reviewed and the course is examined. July is also the month of reviewing decisions taken for the new year. You might even need to do a little revision. Because you may be gone much faster, or slower than you planned.

WHAT IS THE HISTORY OF JULY?

July was originally the month of Quintilis (the Latin word for fifth) in the Roman calendar. It was the fifth month of the year until January and February were added to the ten-month calendar by Numa Pompilius in 713 B.C. The month was governed by the Roman deity Jupiter, the god of light and sky. Later the name was changed to Julius in honor of Julius Caesar who was born on July 12.

July is the traditional period known as “fence month,” the closed season for deer in England. The end of England’s High Court of Justice Trinity Term takes place on 31 July. July is also the time in which the elections take place for the Japanese House of Councillors, held every three years and replacing half of its seats. In Ancient Rome, the festival of Poplifugia was celebrated on 5 July, and Ludi Apollinares was held on 13 July and for several days afterward. However, these dates do not correspond to the modern Gregorian calendar.

July is also the month of many festivals and there are many reasons to spend this month full of fun. Because of all outside activities, beach parties, weddings, national holidays and all kinds of celebrations in July, you can be a little hard to spend time with each event.

Do not forget to download, mark and use a calendar immediately to get ready for July. You can save your July 2020 calendar in PDF or JPG format on your computer after downloading it. Then you may easily print it through a printer attaching with your computer. If you want to take a look at the special days of the last month, you can download the June 2020 calendar, if you want to plan next month in advance you can download and print the August 2020 printable calendar.

WHAT ARE THE 10 FACTS ABOUT JULY?

Independence Day, also known as Fourth of July, is a federal holiday observed yearly on July fourth. It is the anniversary of the publication of the declaration of independence of the United States of America from Great Britain in 1776.

WHAT IS THE HISTORY OF INDEPENDENCE DAY?

On April 19, 1775, during the Battles of Lexington and Concord (Mass.), the first shots were fired between colonists and British troops, starting the American Revolution. After these first military conflicts, tension between Britain and her American colonists continued to mount. Then, on July 2, 1776, the Second Continental Congress voted for independence from Britain.

HOW TO CELEBRATE INDEPENDENCE DAY?

In the United States, Independence Day is a federal holiday traditionally celebrated with parades, concerts, fireworks and picnics, and barbecues. Many people display the American flag outside their homes or buildings. If Independence Day falls on a weekend, then the previous Friday or following Monday will be a holiday. As this is a Federal holiday, not only will schools and libraries be closed. Most federal and state offices will also be closed and there will be no mail deliveries on Independence Day.

To attend the events organized for Independence Day, you need to reserve this day on your July 2020 calendar printable.

The International Day of Friendship is a United Nations (UN) day that supports the role that friendship plays in promoting peace in many cultures. It is celebrated on July 30 each year.

WHAT IS THE HISTORY OF INTERNATIONAL DAY OF FRIENDSHIP?

Before the 30th of July was first declared as the International Day of Friendship by the General Assembly of United Nations in 2011, the original idea for a day of friendship came from Hallmark cards in the 1930s, many years ago.

It was originally celebrated on 2nd August, the day was largely viewed cynically by the public as a commercial exercise, sales of friendship day cards did not take off in Europe and by the mid-1940s the day had become unstable in the USA. The idea of a day to honor friendship was, however, adopted by several countries in Asia where it remained a popular custom to reserve a day for celebrating friendships and the exchange of gifts between friends.

The first World Friendship Day was proposed for 30 July 1958 by the World Friendship Crusade, an international civil organization that campaigns to foster a culture of peace through friendship.

HOW TO CELEBRATE INTERNATIONAL DAY OF FRIENDSHIP?

Thanks to the growing popularity of social media throughout the world, there has been an important increase in celebrating World Friendship Day and International Day of Friendship online as well as in community activities in local communities aimed at gathering ones of different backgrounds together.

If you are a “friendly” person who always says friendship is very important, don’t forget to spend this day with your friends (by building new memories)! All you have to do is mark this day on your July 2020 calendar printable!

WHAT DAY OF THE WEEK DO INTERNATIONAL DAY OF FRIENDSHIP FALL ON BETWEEN 2015-2025?

Parents’ Day celebrates the importance of the role of responsible parenting in family life each year on the fourth Sunday in July. Families are the smallest unit of the society and a primary human institution. The priority of a family is to be together through unconditional love and commitment.

WHAT IS THE HISTORY OF NATIONAL PARENTS’ DAY?

Parents’ Day was established in 1994.  In a period of time where society became gradually self-centered, President Bill Clinton signed a congressional resolution to celebrate Parents’ Day aiming to promote family commitment and parental responsibilities.  Supported by the Unification Church, Senator Trent Lott introduced the bill into the senate and the National Parents’ Day Coalition was developed to support Parents’ Day by annually selecting ‘Parents’ of the Year’ at local, national and state levels.  The Coalition also ensures educational programs for parents and aims to promote the stability of family by encouraging constancy between husbands and wives, and of marriage between young people.

HOW TO CELEBRATE NATIONAL PARENTS’ DAY?

National Parents’ Day is not a day of gift-giving. Gifts are already given on Mother’s Day in May and Father’s Day in June. The best way to observe this day is by doing something fun by spending time with your parents. It’s also of paramount importance that you make them know how much they are loved and appreciated. This year in 2020 National Parents’ Day will be celebrated on July 26th, 2020, Sunday.

If you want to spend this special day with your parents or take a trip down memory lane, you may put a sign on your July 2020 calendar.

In conclusion, since it is a month that makes us feel that we are heading towards the end of the year because it started in the second half of July, we definitely need to be more planned. Although the high air temperature and being planned may seem incompatible with each other, some extra effort may be required. Fortunately, thanks to July 2020 calendar, this is much easier than you think. Download your July 2020 calendar without losing time and easily manage your time!