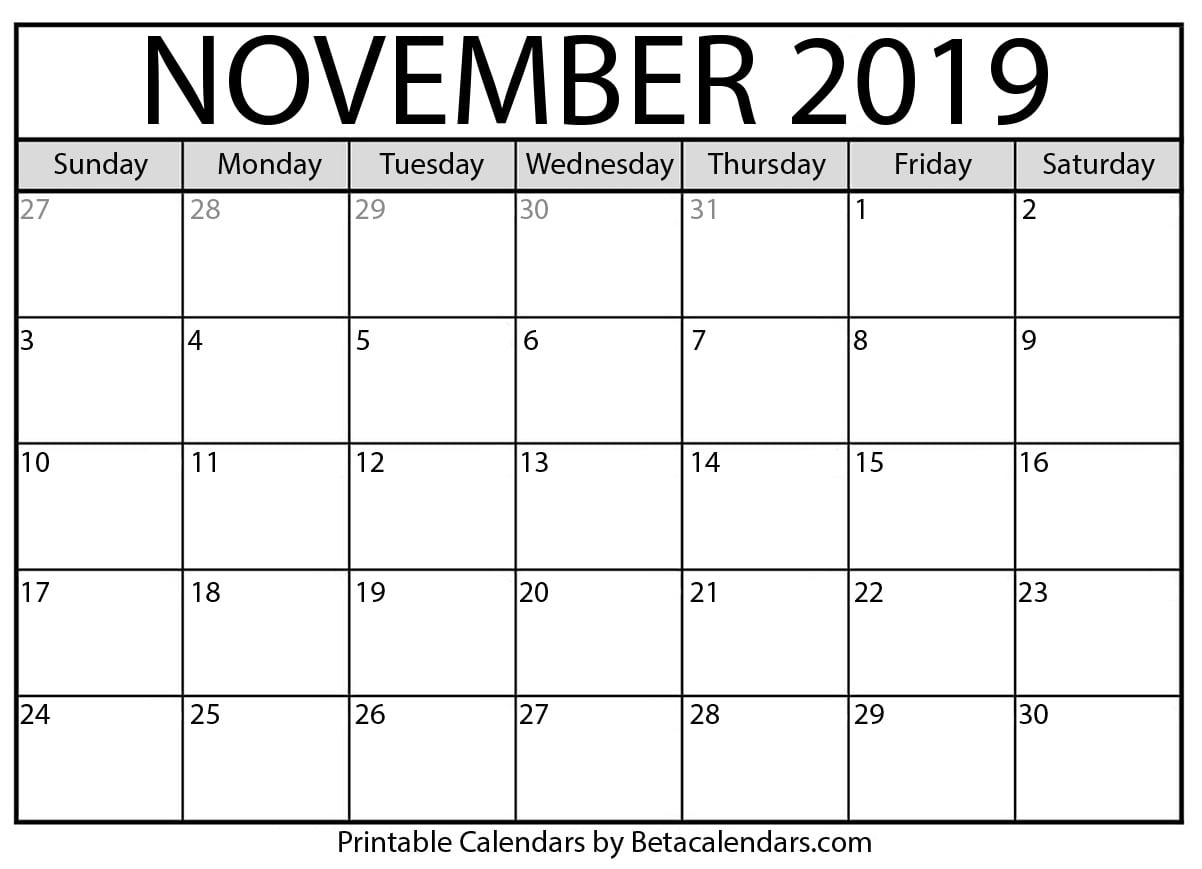 In November, the days get shorter and all the leaves have already fallen. Summer breeze is so far away but it is time to turn our minds to the upcoming holiday season. Our Halloween mode is off and Thanksgiving/Christmas mode is on. We are ready to be thankful and to be together with our loved ones for wonderful purposes. Not on the beaches or gardens but in our warm houses instead.

WHAT DOES NOVEMBER MEAN TO US?

In November, the weather starts to cool down. Shows the effect of winter. Thanksgiving is near the end of the month; Christmas is at the door. So, it is time for meals, gifts, family and friends! It’s also a great time for shopping because Black Friday is in November.

WHAT IS THE HISTORY OF NOVEMBER?

November is the eleventh and penultimate month of the year in the Julian and Gregorian Calendars, the fourth and last of four months to have a length of 30 days, and the fifth and last of five months to have a length of less than 31 days. Nov was the ninth month of the ancient Roman calendar. Autumn Month retained its name (from the Latin novem meaning “nine”) when January and February were added to the Roman calendar. November is a month of late spring in the Southern Hemisphere and late autumn in the Northern Hemisphere. Therefore, November in the Southern Hemisphere is the seasonal equivalent of May in the Northern Hemisphere.

November was referred to as Blōtmōnaþ by the Anglo-Saxons. Brumaire and Frimaire were the months on which November fell in the French Republican Calendar.

HOW CAN I PRINT A CALENDAR FOR NOVEMBER 2020?

A November 2020 calendar template helps you organize your busy times in the best way. Responsibilities, preparations, daily work, celebrations, things to do, places to go … Save them all on your blank November 2020 calendar. Enjoy the beauty of November, overhaul your home, start to hope for the new year. Using a calendar also makes you a much more regular, more targeted-oriented person. You can save your November 2020 calendar in PDF or JPG format on your computer after downloading it. Then you may easily print it through a printer attaching with your computer. If you want to take a look at the special days of the last month, you can download the October 2020 calendar, if you want to plan next month in advance you can download and print the December 2020 printable calendar. Use your calendar to surprise people around you, but don’t tell anyone about your secret!

WHAT ARE THE 10 FACTS ABOUT NOVEMBER?

WHAT ARE THE US HOLIDAYS IN NOVEMBER 2020?

Veterans’ Day is a US national holiday observed annually on November 11 for honoring veterans of the armed forces and those killed in the country’s wars.

WHAT IS THE HISTORY OF VETERANS’ DAY?

It is originated in 1919 on the first anniversary of the 1918 armistice that ended World War I and was known as Armistice Day. It was remembered in 1921 with the burial of an unknown soldier from World War I at Arlington National Cemetery in Arlington, Va. Veterans’ Day became an official national holiday in the United States in 1938 as Armistice Day. The name was changed in 1954 to Veterans’ Day aiming to honor those who had served in all U.S. wars.

HOW TO CELEBRATE VETERANS’ DAY?

In Veterans Day, commemoration ceremonies are organized each year at the Tomb of the Unknowns, and floral tributes are placed on the graves of service men and women and at memorials of the country. Today, naturalization ceremonies have become an important part of the day’s activities.

All around the country, many schools and organizations attend in Veterans’ Day ceremonies. These often include flying of the American flag, speeches, a singing of the National Anthem and a Pledge of Allegiance to the Flag. Municipal Parades are another tradition that is observed by just about American city is a holiday parade that often includes bands, the marching of servicemen, speeches and remembrances.

Veterans’ Day is a great way to commemorate and thank the sacrifice their service men and women have made to keeping the United States free.

In order to attend the meaningful observations of Veterans Day you may put a mark on this day on your November 2020 calendar printable.

THANKSGIVING (THE FOURTH THURSDAY OF NOVEMBER)

Thanksgiving Day is a national holiday in the United States, and occurs on the fourth Thursday of November each year. The date of  occurs Thanksgiving on Thursday, November 26.

WHAT IS THE HISTORY OF THANKSGIVING?

In 1621, the Plymouth colonists and Wampanoag Indians participated an autumn harvest feast that is acknowledged today as one of the first Thanksgiving celebrations in the colonies. For more than two centuries, days of thanksgiving were celebrated by individual colonies and states. It wasn’t until 1863, in the midst of the Civil War, that President Abraham Lincoln proclaimed a national Thanksgiving Day to be held each November.

HOW TO CELEBRATE THANKSGIVING?

Most families celebrate the Thanksgiving with a large meal and sometimes a religious service. Many countries observe a variation of this celebration or have a different holiday along the same themes. It is very common to observe the harvest season with celebratory meals and festivals of thanks within many religions and communities, similar with the ancient pagan festivals. There are many connections accepted between Protestant religions and the harvest festival of Thanksgiving. The most widely occurred ritual is the Thanksgiving meal. This usually includes turkey, mashed potatoes, dressing, cranberry sauce, corn, sweet potatoes, and pumpkin pies, but many feasts differ between families and cultures. Many see it as a celebration of the harvest, especially farmers, and a commemoration of the pilgrims’ successful harvest with the help of Native Americans.

If you want to get ready earlier for Thanksgiving celebrations, mark this day on your November 2020 calendar printable!