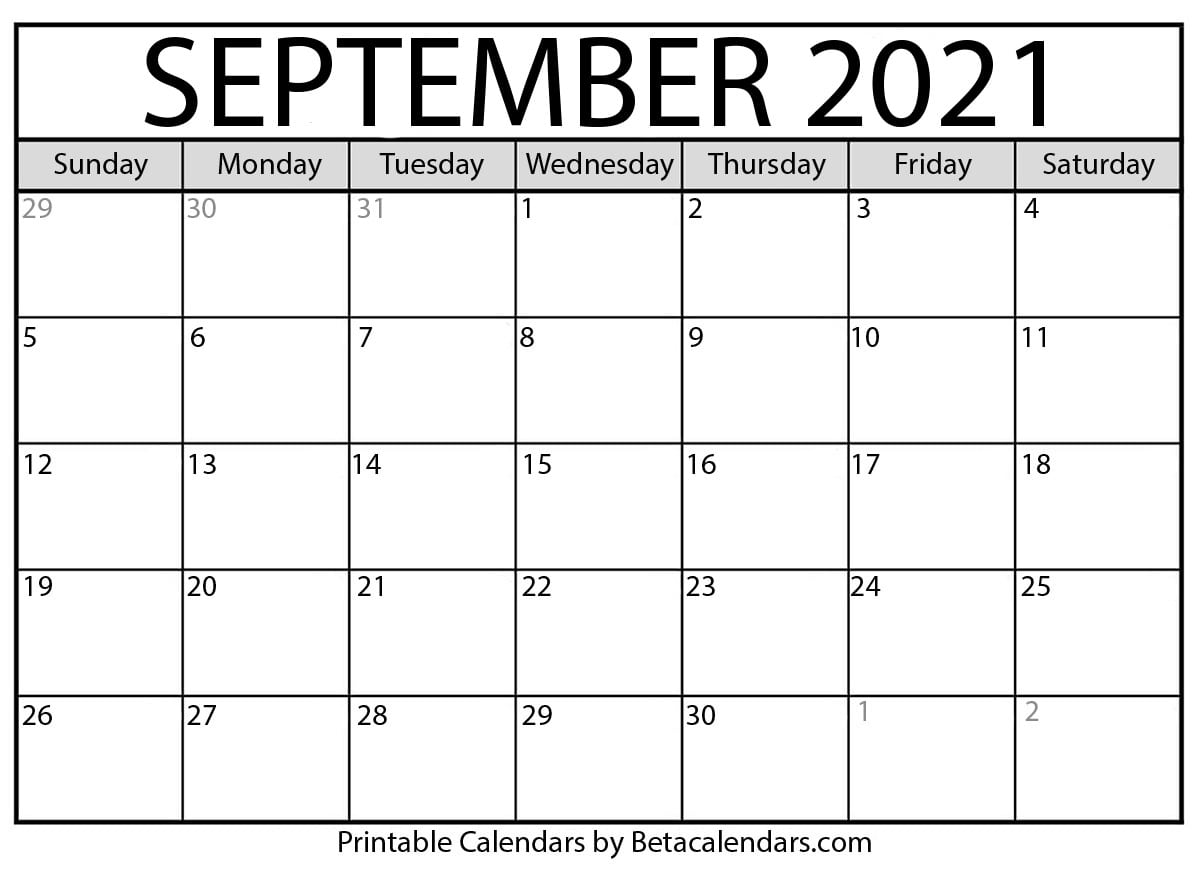 There are few options to get this September 2021 calendar printable. The first option is to print it from your printer. Just mark the calendars you like and print out in your own home printer. But sometimes, you don’t like to use a printer and prefer inkless calendars. Second option is to buy online the calendar with holidays. In that case, you should check again some templates of September 2021 calendars before selecting your own design template!

WHAT DOES SEPTEMBER MEAN TO US?

September marks the beginning of the ecclesiastical year in the Eastern Orthodox Church. It is the start of the academic year in many countries, in which children go back to school after the summer break, sometimes on the first day of the month.

September is the month before the last quarter of the year. So, it’s a great time to think about putting things in front of us. The summer holiday is over, there is quite a long time to winter, the weather is usually still warm and soft. Trees begin to pour yellow leaves, small changes in wardrobes, children go to school, responsibilities increase.

HOW CAN I PRINT A CALENDAR FOR SEPTEMBER 2021?

WHAT IS THE HISTORY OF SEPTEMBER?

September (from Latin septem, “seven”) was originally the seventh of ten months on the oldest known Roman calendar, with March (Latin Martius) the first month of the year until perhaps as late as 153 BC. After the calendar reform that added January and February to the beginning of the year, September became the ninth month, but retained its name. It had 29 days until the Julian reform, which added a day.

September was called “harvest month” in Charlemagne’s calendar. It corresponds partly to the Fructidor and partly to the Vendémiaire of the first French republic. On Usenet, it is said that September 1993 (Eternal September) never ended. September is called Herbstmonat, harvest month, in Switzerland. The Anglo-Saxons called the month Gerstmonath, barley month, that crop being then usually harvested.

WHAT ARE THE 10 FACTS ABOUT SEPTEMBER?

WHAT ARE THE US HOLIDAYS IN SEPTEMBER 2021?

Labor Day is a federal holiday celebrated on the first Monday of September each year. Originally it was a day organized to celebrate various labor associations’ contributions to the United States economy. It is the Monday of the long weekend known as Labor Day Weekend and it is considered generally the unofficial end of summer.

WHAT IS THE HISTORY OF LABOR DAY?

In the United States and Canada, in the late 19th century when the trade union and labor movements grew enormously, a variety of days were chosen by trade unionists as a day to celebrate labor. The holiday was first proposed in the 1880s by Matthew Maguire, a machinist while serving as secretary of the Central Labor Union of New York in 1882.  It is argued that it was first proposed by Peter J. McGuire of the American Federation of Labor in May 1882, after witnessing the annual labor festival held in Toronto, Canada. Oregon was the first state of the United States to make it an official public holiday in 1887.

WHAT IS THE SIGNIFICANCE OF LABOR DAY?

Traditionally, Labor Day was marked with a street parade to show to the public the power and hardworking of labor organizations. This parade was followed by a fun festival for the workers and their families. Later, this became the pattern for Labor Day celebrations. Speeches by prominent men and women were introduced later, as more emphasis was placed upon the civil significance of the holiday.

HOW TO CELEBRATE LABOR DAY?

Today, Labor Day is accepted as the last chance for many workers to go on trips before the summer ends. For many students, it marks one of the last few days before school starts again. In some neighborhoods, people organize fireworks displays, barbecues and public arts or sports events. As the football season starting on or around Labor Day, many teams playing their first game of the year during Labor Day weekend.

To attend the events organized for Labor Day and to be a part of showing the strength of the labor, you need to put a mark this day on your September 2021 calendar printable.

Constitution Day and Citizenship Day is observed on September 17 each year in the United States with the purpose of to commemorate the creation and signing of the supreme law of the land on September 17, 1787, and to honor and celebrate the privileges and responsibilities of U.S. citizenship for both native-born and naturalized citizens.

HOW TO OBSERVE CONSTITUTION DAY AND CITIZENSHIP DAY?

Federal law requires that all schools receiving federal funds hold an educational program for their students on September 17 of each year. The US Department of Education provides various resources on the event as the department is responsible for implementing Constitution Day legislated mandates. Many of US civil and educational authorities and individuals celebrate Constitution Day and Citizenship Day with various events and activities. For example, the Center for Civic Education provides lesson topics on Constitution Day and Citizenship Day for students at different levels.

If you want to be part of the events to be held on this important day, mark this day on your September 2021 calendar printable!

WHAT DAY OF THE WEEK DO CONSTITUTION DAY AND CITIZENSHIP DAY FALL ON BETWEEN 2015-2025?

International Day of Peace is an international event that is observed each year by many countries all around the world. IDP is commemorated on 21st of September each year and it is a day that was set aside by the United Nations General assembly for everyone around the world to dedicate to protect peace as well as play a role in building a peace culture that will last for coming new generations.

WHAT IS THE HISTORY OF INTERNATIONAL DAY OF PEACE?

International Day of Peace was started way back in 1981 through the resolution 36/67 by the United Nations General Assembly, to reconcile people all around the world in spite of any differences they may have.

HOW TO OBSERVE INTERNATIONAL DAY OF PEACE?

2020 theme of International Day of Peace is yet to be announced but 2019 theme was “Climate Action for Peace.” The United Nations urged everyone to take action to confront and fight climate change. Because we are all part of the solution, with responsibilities such as turning off the lights, using public transport or organizing an awareness campaign involving our own community. It is also part of the observations to present our ideas and suggestions about the theme of the year from our social media accounts using popular hashtags.

If you want to participate in any of the observations in your city for this meaningful day, you may put a sign on your September 2021 printable calendar.

WHAT DAY OF THE WEEK DO INTERNATIONAL DAY OF PEACE FALL ON BETWEEN 2015-2025?