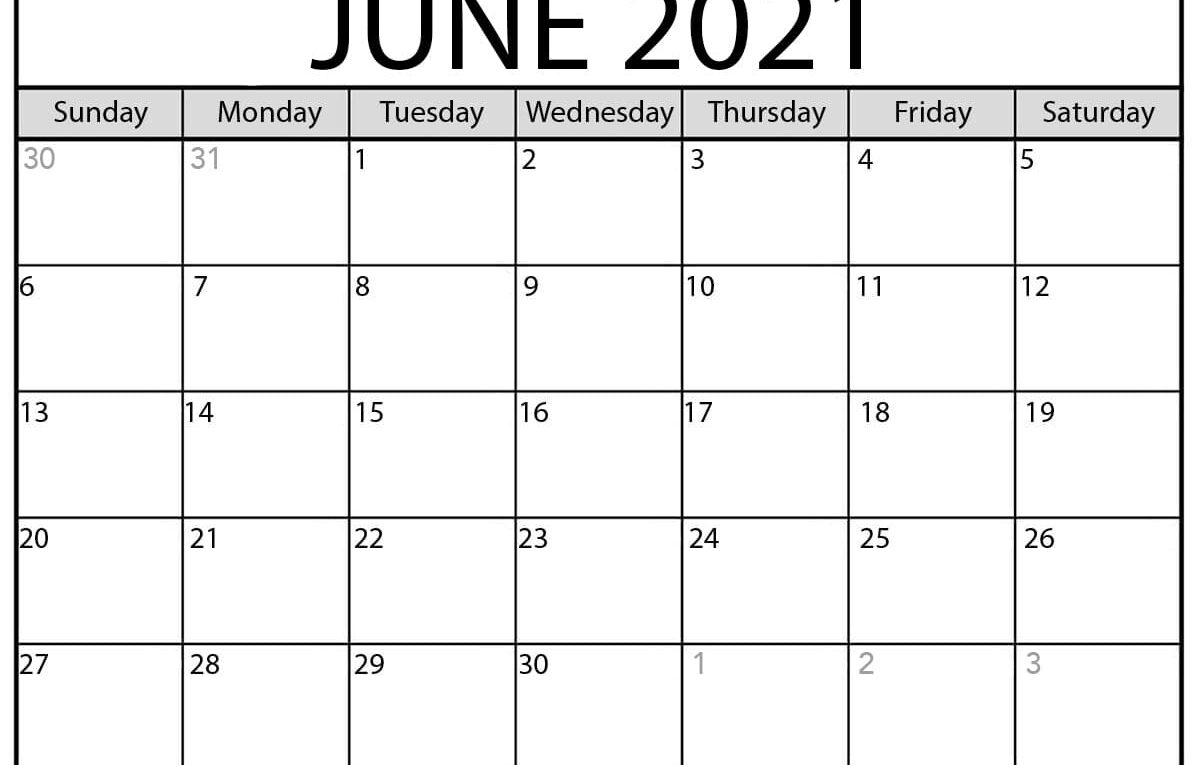 The month of June reminds us, who lives in Northern Hemisphere, of summer, swimming, the clear skies and the warmth of the sun. The sixth month of the calendar is significant since places in the Northern Hemisphere experience the longest days and the regions in the Southern Hemisphere the shortest days. Thus, this unique month serves as winter as well as summer in polar opposite ends of the world.

WHAT DOES JUNE MEAN TO US?

Many celebrations take place in the month of June, especially marriages. According to one etymology, June is named after the Roman goddess Juno who is the goddess of marriage and a married couple’s household. It is considered good luck to get married in this month.

June is the first month of the summer and month of celebration and holidays, so you need to plan this month very well. A June 2021 calendar template is the biggest helper to you for this aim. If you have a blank calendar and plan every day of June as you like, you will see that you can catch up with everything! To enjoy the sun, mild weather and fun activities, just get a blank June 2021 calendar and don’t miss a thing!

WHAT IS THE HISTORY OF JUNE?

June is the sixth month of the year, according to the Julian and Gregorian calendars. The name of the month comes from the Roman goddess Juno, who was the wife of Jupiter and is also equivalent to the Greek goddess Hera. Juno was the goddess of marriage. Another belief is that the month’s name comes from the Latin work iuniores which means “younger ones”. June is special because it has the longest day hours in the Northern Hemisphere and the longest night hours in the Southern Hemisphere. May and June are the only two months that doesn’t start on the same day of the week as any other month. June ends on the same day of the week as March every year.

Ovid says that he consulted the Flaminica Dialis, the high priestess of Jupiter, about setting a date for his daughter’s wedding, and was advised to wait till after June 15. Plutarch, however, implies that the entire month of June was more favorable for weddings than May.June was originally the fourth month of the year in earlier versions of the Roman calendar and consisted of 30 days. It became the fifth month with a length of 29 days following a calendar reform around 450 BCE. In the Julian calendar, June was given a length of 30 days again. In ancient Rome, the period from mid-May through mid-June was considered inauspicious for marriage.

Certain meteor showers take place in June. The Arietids takes place May 22 to July 2 each year, and peaks on June 7. The Beta Taurids June 5 to July 18. The June Bootids take place roughly between 26 June and 2 July each year.

WHAT ARE THE 10 FACTS ABOUT JUNE?

Father’s Day is celebrated worldwide to appreciate the big and strong contribution that fathers and father figures make to the lives of their children. Although it is celebrated on a variety of dates worldwide, many countries, as in the USA, greet this day on the third Sunday in June.

WHAT IS THE HISTORY OF FATHER’S DAY?

The idea of a special day to honor fathers and celebrate fatherhood was introduced from the United States. The first observance of a “Father’s Day” was held on July 5, 1908, in Fairmont, West Virginia, in the Williams Memorial Methodist Episcopal Church South, now known as Central United Methodist Church. Grace Golden Clayton suggested her pastor to honor all those fathers while he was mourning the loss of her father in December 1907 when the Monongah Mining Disaster in nearby Monongah killed 361 men, 250 of them fathers, leaving around a thousand fatherless children.

HOW TO CELEBRATE FATHER’S DAY?

There are some suggestions that the idea of Father’s Day may arise in pagan sun worship. Some branches of paganism see the Sun as the father of the universe. As the Summer solstice occurs around the same time of year as Father’s Day, some people see a connection between those two.

This is a very special day to present our love and gratitude to our fathers, to be aware of the strength we receive from them. So, do not forget to put a special mark on your June 2021 calendar in advance not to miss it!

WHAT IS THE HISTORY OF FLAG DAY?

Bernard J. Cigrand, a Wisconsin schoolteacher, in 1885 urged his students to observe June 14 as “Flag Birthday.” Then he wrote an essay published in a Chicago newspaper that suggested Americans to recognize this date as the day to celebrate the flag. In 1888 William T. Kerr of Pennsylvania founded the American Flag Day Association of Western Pennsylvania, an organization to which he dedicated his life.

HOW TO CELEBRATE FLAG DAY?

Woodrow Wilson proclaimed June 14 as the official date for Flag Day, and in 1949 the U.S. Congress permanently established the date as National Flag Day. Although Flag Day is not an official federal holiday, Pennsylvania celebrates the day as a state holiday. Each year the U.S. president delivers an address that proclaims the week of June 14 as National Flag Week, and all Americans are encouraged to fly U.S. flags during that week.

Solstice comes from the Latin word “sol”, meaning Sun and “sistere”, meaning to come to a stop or stand still. On the day of the June solstice, the Sun reaches its northernmost position, as seen from the Earth. At that moment, its zenith does not move north or south as during most other days of the year, but it stands still at the Tropic of Cancer. It then reverses its direction and starts moving south again. The opposite happens during the December solstice. Then, the Sun reaches its southernmost position in the sky – Tropic of Capricorn – stands still, and then reverses its direction towards the north.

HOW TO CELEBRATE SUMMER SOLSTICE?

Even though most people consider June 21 as the date of the Summer Solstice, it can happen anytime between June 20 and June 22. June 22 solstices are rare – the last June 22 solstice in UTC time took place in 1975 and there won’t be another one until 2203. The June solstice holds a special place of celebration in many cultures. People around the world celebrate the day with feasts, picnics, dance, and music. If you want to join this enthusiasm, do not forget to mark this day in advance on your blank June 2021 calendar!

In conclusion, June is one of the months where we can get the most pleasure from the sea-beach-sun trio before the hot and sweaty heat of summer begins. In addition, June is a month where the weather is more stable and we can remove thick clothes completely from the wardrobe. June 2021 calendar will be again your biggest helper in order to enjoy June and never miss an event. Without wasting time, download your June 2021 calendar before the month has begun, and get a June 2021 full of good memories with busy but enjoyable days! If you do not find the different templates sufficient, we have uploaded the June 2021 calendar to the OpenOffice website templates section for you. You can get and edit right away.